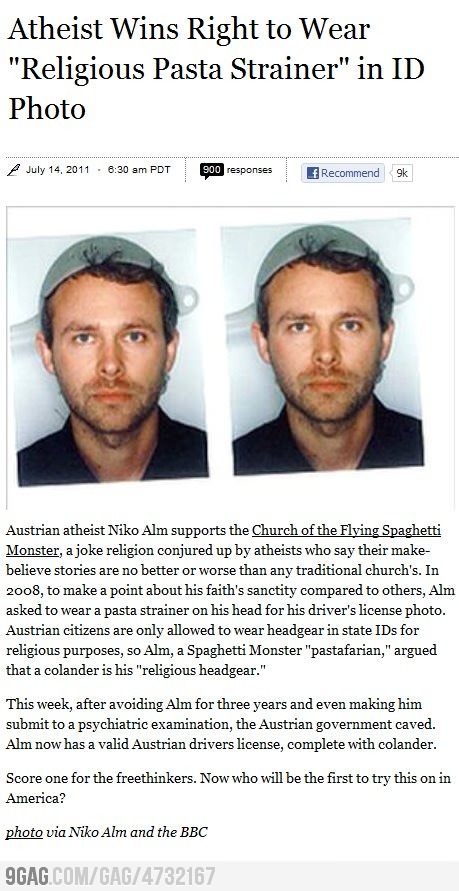 In truth, the only reason Scientology was turned into a “religion,” was to achieve tax exemption in order to increase profits, and to protect the cult from people it had pissed off by saying that their “religion” was being attacked by them.

Spend a few hours googling “Scientology” and the questions will start piling up in your mind: How can a religion be so profitable? Why does it attract so many celebrities? Do they really believe that we’re all descended from an intergalactic overlord named Xenu?

But the most fascinating question has nothing to do with Scientology’s beliefs: Why is Scientology tax exempt? (And should it, perhaps, not be?)

The best way to begin answering this is to first puncture a popular misconception. People often conflate recognition as a religion and recognition as a tax exempt § 501(c)(3) entity as being effectively the same thing. But the IRS does not make determinations of an entity’s religiosity. In fact, the IRS is constitutionally prohibited from even entertaining the question. Whether Scientology is or is not a religion is thus a red herring–a philosophical as opposed to legal question, far outside the scope of the tax exemption question.

Before considering how Scientology fares by this analysis, let’s first look at its tumultuous history with respect to the question of tax exemption.

The history of the Scientology religion is peculiar in that it began not as a religion but as a self-help therapy—a psychotherapeutic process designed toward self-betterment, as detailed in L Ron Hubbard’s 1950 book, Dianetics. Hubbard gradually refined Dianetics, which urged readers to audit themselves, to become Scientology, which administers the auditing under its strict auspices.

Sixteen years after Hubbard successfully foisted Scientology on the world, the advantages in labeling it a religion dawned on him when he was confronted with the problem of transferring assets from one non-exempt corporation to an exempt but inactive one. He wrote in 1966: So we’re getting all straight now, it seems. And good news! As all auditors will be ministers, ministers have in many places special privileges including tax and housing allowances. Of course anything is a religion that treats the human spirit. And also Parliaments don’t attack religions. But that isn’t our real reason – it’s been a long hard task to make a good corporate structure in the UK and Commonwealth so the assets could be transferred. – HCO Executive Letter Of 12 March 1966

This reconceptualization from psychotherapy to religion afforded Scientology a few distinct advantages: (1) protection against government regulation (with respect to Hubbard’s quasi-medical claims); (2) immunity from liability against claims of fraud; and (3) the monetary benefits of the tax exemption. Whereas most religious beliefs predate the tax exemption, Scientology grew in its enticing shadow, and indeed seems to have been molded by its allure.

The IRS responded to Hubbard’s redefining Scientology as a religion by rescinding CSC’s exempt status in 1967, which triggered decades of costly litigation between the two. In the most important of those cases, Founding Church of Scientology v. United States, the IRS successfully argued that Scientology failed to qualify for 501(c)(3) exempt status because its net earnings inured to the benefit of private individuals, namely founder L Ron Hubbard.

Scientology took another, ultimately more effective, tack against the IRS, when it organized a number of its parishioners to sue the IRS for disallowing deductions for payments they made for Scientology auditing under Section 170 of the tax code, which allows individuals to claim deductions for charitable contributions. Dozens of cases were filed across the country, leading to different results–the First and Ninth Circuits  courts (in, respectively, Hernandez and Graham)  agreed with the IRS that auditing payments were non-deductible, but the Second, Sixth, and Eighth Circuits (in, respectively, Foley, Neher, and Staples) agreed with Scientology. The Supreme Court consolidated the cases in 1989, now called Hernandez, and resolved the circuit split against Scientology. It found that, structurally, payments for auditing services was in essence a quid pro quo transaction. A true donation, the court reasoned, does not trigger an expected return such as that present in the Scientology/parishioner auditing transaction. The dissent in Hernandez instead recommended examining the benefit itself for evidence of religiosity—if the benefit is purely religious, the inquiry as to whether a contribution is a donation should end there.

Losing in the Supreme Court usually represents the end of the road, but Scientology was persistent and tenacious. In 1991 it filed another Section 170 challenge, this time in the Eleventh Circuit (Powell v. U.S.), conceding the quid pro quo argument it lost in Hernandez but raising another argument, that the IRS was administratively inconsistent in allowing, for instance, rental fees paid by Protestants for the privilege of sitting in a specific pew at religious services, while denying Scientologists their auditing payment deduction.

As Powell was being remanded to the district court, however, the IRS suddenly caved and gave Scientology everything it asked for in 1993–deductions for auditing and its restoring its tax-exempt 501(c)(3) status. The war was over and Scientology won.

So what happened–why did the IRS crumble? A 1997 New York Times story revealed how Scientology had paid a number of private investigators to personally investigate and surveil IRS officials, financed front groups, including a fake news bureau, to attack the IRS politically, and made an unscheduled visit to the IRS’s national office in Washington D.C., where Hubbard-successor (and current leader) David Miscavige was permitted to meet with then-Commissioner Fred T. Goldberg, a meeting Goldberg denies took place.

Scientology’s aggressive conduct shouldn’t have come as a surprise to the IRS, since nine Scientologists, fourteen years earlier, were convicted on an array of indictments, including burglarizing government offices, in an attempt to infiltrate the IRS among other government agencies, which resulted in prison sentences for each defendant. Some of the goals of “Operation Snow White,” as the infiltration program was internally called, were met when Scientology and the IRS settled in 1993.

We may never know whether sinister skullduggery made the IRS fold, but it could also simply have been that the IRS was being drained of limited resources and unable to continue litigating on so many fronts, and with no end to the lawsuits in sight, threw in the towel.

Regardless of how it played out behind the scenes, the substantive issues that led the IRS to rescind Scientology’s exempt status and deny its parishioners’ auditing deductions, have not changed, or ever been publicly addressed by the IRS, which refuses to even acknowledge the validity of the secret agreement published by the Wall Street Journal in 1997.

Accordingly, despite the IRS having circumvented its result, Hernandez remains good law, and the Scientology-IRS agreement exists in direct contravention of the Constitution. This was noted by Ninth Circuit Judge Barry G. Silverman in a recent case brought by a Jewish family (Michael and Maria Sklar) who argued that if Scientologists can deduct auditing payments, they should be permitted to deduct their children’s religious school tuition: If the IRS does, in fact, give preferential treatment to members of the Church of Scientology—allowing them a special right to claim deductions that are contrary to law and disallowed to everybody else—then the proper course of action is a lawsuit to put a stop to that policy.

The court found against the Sklars, essentially reasoning that two wrongs don’t make a right. But how then to right the Scientology wrong? An argument might have been made that perhaps a citizen-taxpayer might have standing under the taxpayer standing exception under Flast v. Cohen, but after the Flast decision was so restrictively narrowed in 2007’s Hein v. Freedom From Religion Foundation, it would seem that the IRS-Scientology agreement is immune from anyone even bringing a legal challenge.

However, if Scientology’s practices were to be examined under the second IRS “religious purpose” criteria, requiring that an entity’s practices not contravene public policy, significant questions are raised, given how Scientology (1) forces its members to “disconnect” from family members; (2) mistreats children; (3) coerces abortions by its staff members; (4) maintains a practice of what it calls “Fair Game” by which its perceived enemies can be and often are retaliated against in extrajudicial manners; (5) operates in every way as a taxable for-profit business, by accepting money in a quid pro quo exchange for its services; and finally, (6) continues to personally benefit an individual (inurement), this time Hubbard’s successor, David Miscavige.

Scott Pilutik received his J.D. from Brooklyn Law School, and practices law in New York City. His legal analyses have appeared in and been cited by numerous outlets, including The Village Voice.

Mr. Pilutik has not convinced me, but I think I will work up a follow-up post rather than state my reasons here.  I hope to get plenty of comments on this, but be warned.  Intelligent, coherent comments can lead to recruitment as a guest poster.  Mr. Pilutik is not the first person to fall into the trap.